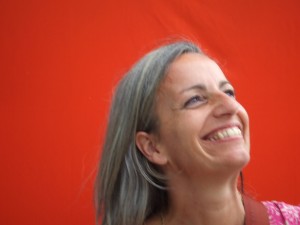 At the University of Padova, I teach courses in International Communication, Politics of the Global Societies and Sustainable Development, Intercultural Dialogue and territoriality (within an Erasmus Mundus Master). I act as reference person for a number of Erasmus exchange flows with European institutions, I am delegated by the SPGI to support the internationalization of its research and training activities and have organized, over the years, several international high level scientific events, mostly focused on the nexus between global transformations and communication, media and mediations, governance and networks.

My main areas of interest concern the transformation of political processes in the global context and their connection to the evolution of communication dynamics and technologies. These include global governance, multi-stakeholderism, network approaches to the study of global politics; global communication policy and Internet Governance: issues, actors, networks; trans-national social mobilizations around media reform, media democratization and communication rights; global civil society as a global actor, the transformative role of norms and power in world politics, trans-national advocacy networks. Most recently I have been working on the connections and disconnection between communication and women and gender-related issues with a focus on related governing arrangements and social practices, both at the European level and transnationally.

I have published extensively on topics related to my research interests, with interventions in international journals and contributions to international collections, with a special focus on Global Media Policy.  I sit in editorial boards of international journals (Continuum. Journal of Media and Cultural Studies; Anuario ININCO: investigaciones de la comunicación;  Partecipazione e Conflitto) and book series (a forthcoming IAMCR series published by Palgrave McMillan).

Furthermore, I collaborate with non-academic, not-for-profit national and international institutions operating in media and communication-related areas such as the Communication Rights in the Information Society international Campaign (CRIS, 2001-2006) and the international monitoring project Who Makes the News (www.whomakesthenews.org).

I am single mum of a challenging and inspiring 12 years old young women; I like traveling and intercultural encounters; I love music and figurative art and cultivate a passion for dances and dancing.

From 2007 to date, I have been promoter and active member of the Mapping Global Media Policy project, an independent project initiated by the Global Media Policy Working Group of the International Association for Media and Communication Research (IAMCR), hosted and supported by an academic consortium led by Media@McGill, a research and public outreach hub based at McGill University (Canada), and including University of Padova (Italy) and the Center for Media and Communication Studies (CMCS) at Central European University (Hungary). I have contributed to designing the framework and structure of a digital platform for the project, accessible at: www.globalmediapolicy.net.

I am currently engaged in structuring a thematic island in the Mapping Platform titled ‘Gender-oriented Communication Governance’ (http://www.globalmediapolicy.net/island/1117); in this context, a European section of the database has been developed while opportunities for collaboration are being discussed with the International Federation of Journalists, the World Association for Christian Communication and GMMP, the UNESCO.

Between July 2012 and June 2013, I have been engaged in a European project, titled Study on Area J of the Beijing Platform for Action: Women and the Media in European Union (EIGE/2012/OPER/07), in response to a call for tender funded by the European Institute for Gender Equality (EIGE). Claudia is senior researcher in a consortium led by the University of Liverpool (Karen Ross) and including the University of Segreb (Hungary) and the Osservatorio di Pavia (Italy). The aim of the project was to investigate the role and status of women in decision-making positions in European media industries (27 countries + Croatia) and to produce a set of indicators to be presented by the forthcoming Irish presidency to the European Council in 2013 for adoption by Member States.

Over the period 2011-2013 another project has been conducted, titled Networks and Power in Gender-oriented Communication Governance. Funded by the University of Padova and conducted in cooperation with Elena Pavan (University of Trento) the project aimed at empirically analyzing the area of trans-national communication governance that focuses on the nexus between women, media and communication (GoC_Gov). The final aim was to provide an articulated overview of GoC_Gov as it evolved over the past decades, while contributing to shed new light on the conduct and mechanisms of international politics, looking at how normative frameworks evolve in the supra-national context, through the intervention of a plurality of interacting actors. Moreover, the project aimed at producing relevant knowledge to support activities carried on by researchers, activists, media professionals and policy makers and strengthen stakeholders’ capacity to act with a particular focus on relevant upcoming events such as the Beijing+20 and WSIS+10 United Nations conferences on Women and the Information and Knowledge Societies.